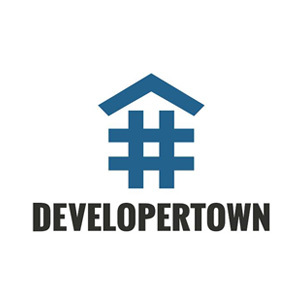 DeveloperTown is a consulting firm specializing in launching new software products for large and small companies alike. By leveraging their experience with startups, DeveloperTown designs, develops, and delivers software to help innovative leaders solve business problems. As an Inc 5000 fastest-growing company, their focus is cloud-based software-as-a-service and mobile solutions. ...

Software Innovation for Small-Town America: How an Illinois Startup is Changing the Way Water Utilities Work

In thousands of small towns across the US, dedicated operators are acting as water stewards, keeping track of water quality--with pencil and paper. They use daily logs to generate key reports for the Illinois EPA, glimpses into what’s flowing into your tap. The process is usually slow. Errors can crop up. And small facilities typically don’t have the budget or bandwidth to overhaul their systems.

Chris Sosnowski, a veteran environmental engineer at Concentric Integration and Baxter & Woodman, worked with his colleagues and decided to change this by crafting Waterly. The first step in this mission to change the way small utilities operate: automate the reporting process. Waterly will be publicly launching this initial set of features this autumn (2017).

“Not a lot of software is written for water operators and managers. It’s not a space most people think of as innovating,” explains Sosnowski. “I spent the first years of my career automating process, and now I wanted to work on better supporting the people that work there. We’re taking something tedious for an operator and making it feel easy and even a little fun.” To do this, they teamed up with an Indianapolis-based software development consultancy, DeveloperTown.

A passionate advocate for integrating tech into public utility processes, Sosnowski had been innovating within the public utility and water sphere for most of his career. As part of Concentric Integration, he had been integrating and custom-building automation tools for water and wastewater utilities in Illinois.  Concentric used Palm Pilots back in 2001, and later custom tablet-based software. Sosnowski soon realized though that their approach wasn’t sustainable.

“At first, I just wanted to plan and pressure-test my idea, to see if we could get past maintaining all these distinct versions of this similar software,” Sosnowski recalls. “The team at DeveloperTown was intrigued with the idea and with the underlying challenges the prospective users faced. I’m a water guy, and I only wanted to partner with people who were interested in water, who were curious about the entire process, not just the end product.”

With his collaborators at DeveloperTown, the Waterly team went on plant tours, meeting more of the water stewards committed to their work. “Working with Chris, we saw where innovation could happen and from there we decided to build an application from the ground up,” says Nick Wangler of DeveloperTown. “We created something mobile-friendly with a better user experience, the ability to quickly generate reports, and keep information accurate and secure.” These reports, specific to each state’s regulations, are a lynchpin in reporting water quality and other related factors crucial to public health.

“We had a list of eight or nine features we thought would be great, but we needed to cut it down just three or so,” recalls Daryn Shapurji, DeveloperTown partner and senior designer. “We turned to the Illinois municipal beta users who had signed up to be part of the process and asked them to prioritize features and why they ranked them the way they did. We then turned to a bigger group who were already customers and got a lot of interest and data as they interacted with a dummy website and different combinations of features.”

The folks at Waterly thought it was best to approach some smaller communities they hadn’t ever worked with, so they (somewhat randomly) called and visited some previously unknown but now famous small towns in Central Illinois, Ashmore, Macon, and Stonington.

The robust feedback was used to create the start to the product and an interface that is simple, sleek, attractive, and takes less than 15 minutes of training to use. “We’re rolling out Waterly in Illinois and have some interest from the state already,” Sosnowski states. “The next steps are to see if we can help some other communities in Illinois, then expand into other states, until we have a national product.” Sosnowski hopes Waterly will help set a new standard in water system data collection, management, and analysis for the industry, transforming the human side of the field in a way few have tried to innovate.